After getting a second disciple, Yaichi yet again runs into a wall as he faces someone he has never been able to win against.

The opponent Yaichi’s currently having trouble with is Jin Natagiri, an A-rank player in the Meijin ranking tournament who is also the current Meijin’s research partner. Natagiri is known as the “Dual Sword Wielder” due to him being an all-rounder, meaning he is proficient at playing both the Static Rook and Ranging strategy. In spite of his questionable sexuality, Natagiri is a very strong player which has never lost against Yaichi even once in their three encounters so far, and Yaichi will have to face him again in another three weeks. 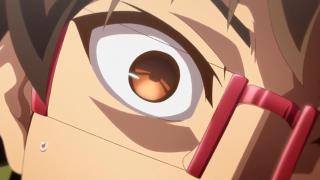 Yaichi went to a bathhouse along with Ai, Ginko, and Keika in the next scene. It was mostly a fanservice moment which showcased Keika’s assets and Ginko’s flat chest, but we also got a hint of Keika’s distress over her problem of approaching the age restriction to become a female pro. Yaichi was later seen in a restaurant meeting up with female title holders Ryou and Machi, being questioned by the former over Ginko’s merciless victory over her on the recent title match. Yaichi pointed out that it’s not all smooth sailing for his household as his disciples are yet to become actual female pros, and there is also Keika’s case. 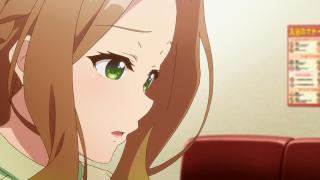 Anyway, Yaichi who thought of a way to escape his losing streak against Natagiri went to another bathhouse with Ai, which actually doubles as a shogi dojo owned by the current Gyokushou/Oushou title holder Mitsuru Oishi. Greeted by Oishi’s daughter Asuka, Yaichi quickly went up to the second floor of the bathhouse and was greeted by Oishi’s piano performance. Oishi is a Ranging Rook specialist known for his nickname “The Maestro of Handling”, and we are quickly shown that the title’s not only for show when he defeated Yaichi in a game. After the match, Yaichi asked Oishi to teach him about Ranging Rook, expressing his resolve to become an all-rounder in order to win against Natagiri. Oishi ended up agreeing to teach both Yaichi and Ai, in exchange to them working at his bathhouse.

Long story short, Yaichi started training with Oishi alongside Ai while working part time at the bathhouse. Of course, there is also a fair share of JS-Ken moments in the episode, what with Yaichi asking the grade-schoolers to give him a massage by stepping on him and getting caught red-handed by Ginko. There is also a little sub-plot on Ai discovering the pain that comes with winning against her friend in the training group.

Yaichi finally confronted Natagiri after two weeks of training with Oishi, but it turned out that choosing to play Ranging Rook didn’t work to his advantage as Natarigi had completed the research on the strategy with Meijin, claiming that “it has ended with an absolute victory for the Static Rook”. Reluctant to give in to Natagiri’s words, Yaichi attempted to fight regardless, but he still couldn’t break through. Will Yaichi be able to win against Natagiri in the end? 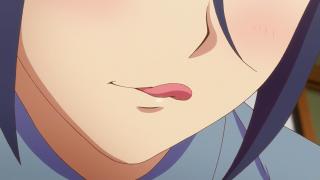 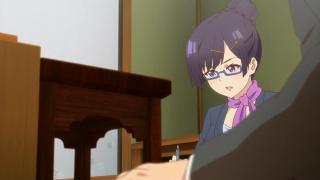 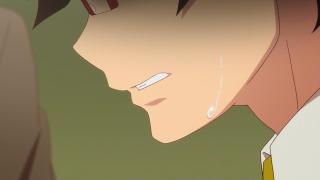 With the way things are going, we are going to see a whole adaptation of the light novel’s third volume completed in the next episode. This current story arc is especially important in showcasing some of the essential aspects and themes of the series, so I do hope they are going to pull through with the matches in the next episode. It was a bit of a letdown that they completely cut the Asuka sub-plot, when it would have served as part of Ai’s character development in the arc, but I guess they don’t even have the time for that. Nevertheless, I still enjoyed this episode more than the last one.

As usual, have a smiling Char.