Exactly third week from my last post, Kimi no Na wa. (Your Name.) successfully surpassed Ghibli and Hayao Miyazaki’s “Ponyo” like I predicted.

END_OF_DOCUMENT_TOKEN_TO_BE_REPLACED

A pleasant surprise: “Your Name.” (Kimi no Na wa.), Makoto Shinkai’s latest movie that has been attracting a lot of attention in Japan and worlwide, has just passed Hayao Miyazaki’s “A Wind Rises” (Kaze Tachinu) in sales. 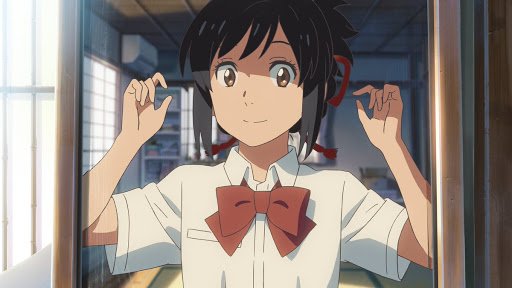 END_OF_DOCUMENT_TOKEN_TO_BE_REPLACED

Of all the things that have been dubbed a “national phenomenon” in Japan this year, Makoto Shinkai’s Kimi no Na wa. (Your Name.) is probably the most appropriate for the title. At the time I’m writing this, Your Name. has already become Japan’s highest grossing film of 2016  — even Anno Hideaki’s Shin Godzilla, Koe no Katachi movie, and Shigatsu wa Kimi no Uso’s live action movie couldn’t hope to compare. Your Name. is now a part of Japan’s all-time box office top 10, sitting at the 7th ranking (11.1 billion yen) while slowly crawling to beat Ghibli’s “The Wind Rises”. That’s a pretty fantastic feat to be accomplished by an animated movie. Not to mention, the movie has received a lot of critical acclaims and massive popularity on the side of creators, fans of Shinkai’s works, mainstream anime fans, and the general public. The sales of the novel released before the movie also skyrocketed following the movie’s rise to stardom.

One has to wonder: what makes Your Name. different than other animated movies? What allows the movie to soar to greater heights than the previous works Shinkai has crafted? When asked about what he thought regarding his movie becoming a 10-billion yen box-office hit, Shinkai admitted that the numbers are “quite frightening” as he doesn’t think it deserves that much of a merit, although he humbly stated he has the confidence that people would find the movie enjoyable. So, is Your Name. really is worthy of its fame? Or is it just a lackluster box-office movie riding on the tide of popularity?