This post’s terribly late because I’ve been occupied on taking care of some IRL problems, so it’s going to be rather short. Also, I’ll be referring to the second Ai as Ten-chan for further convenience, and since that’s going to be her nickname later in the series.

Continuing from last week’s episode, the JS-Ken finally found out that Yaichi has been teaching another elementary school girl in the weekends. Ai who discovered her master has been lying to her got into her yandere mode and threatened to torture him, but Ten-chan goaded her into a banter and things turned messy. Ai ended up running away from the dojo, leaving Yaichi to go after her.

Finding out that Ai has left his place, Yaichi got a call from Keika notifying him that Ai is currently at his master’s house. Visiting his master’s house, Yaichi had a talk with Kiyotaki and learned that his master had once felt that he was incapable of grooming Yaichi due to his overwhelming talent and had considered to make him the chairman’s disciple instead. However, the chairman’s words ultimately convinced him to take Yaichi as his disciple. Kiyotaki then remarked that he understood Yaichi’s intention on raising another disciple as Ai’s rival and believed it was not a mistake. 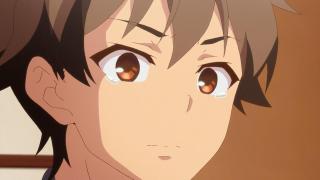 Just before he was about to return home, Keika told Yaichi about Ginko’s recent victory and told him to congratulate her first and lighten Ginko’s mood. Yaichi’s dense nature instead pissed Ginko off, though.

After Yaichi finally considered her ready for it, he entered Ten-chan into the training group test and she quickly won her first game. Being matched with Keika as her second opponent, Ten-chan defeated her with ease, which caused Keika to left the room crying. As Ai became her opponent for the last match, Ten-chan’s Tempo Loss Bishop Exchange which is a strategy Ai hasn’t encountered before proved to be an advantage for her as things progressively tilted in her favor and she eventually won the game. 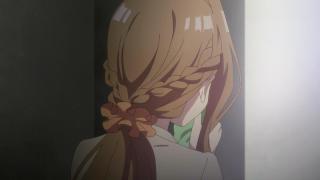 However, it turned out that at one point of the match, Ai had a chance to win if she only realized a very simple 7-move checkmate. Realizing that she had been so consumed by her emotion, Ai broke into tears and admitted she had lost to herself. This crushing sense of defeat was a lesson Yaichi wanted Ai to learn throughout the match. As Ten-chan recognized her as a rival, Ai wiped away her tears and invited her to do a post-mortem together.

Yaichi has finally remembered the reason why he finds Ten-chan’s playstyle very familiar to him thanks to the match record provided by the chairman: when he was attending a match held seven years ago between the chairman (a Meijin at that time) and Ten-chan’s father, he had managed to see a mate that not even the chairman and Ten-chan’s father could see. This discovery caused Ten-chan’s father to declare that if her daughter ever starts learning shogi, he is going to make her Yaichi’s disciple. Ever since then, Ten-chan has learned shogi through looking at Yaichi’s match records, which is why her playstyle strongly reminds Yaichi of himself. Yaichi then asked Ten-chan to become a part of his family and told her he is going to make her happy.

After explaining to Ai about him taking another disciple, Ai reluctantly agreed after asking him “who is his number one”, with the condition of him playing nineteen matches with her throughout the night, which prompted him to say the famous phrase “elementary school girls are really the best!”

I have to admit, this episode is terribly unsatisfying in a lot of ways. One of the things to underline is the fact that they completely removed the most important match in the original volume, which is the match between Yaichi and the chairman. While I had a guess that this is going to happen from the fact that they completely cut over the premise that Ten-chan’s apprenticeship under Yaichi is a temporary one until she enters the training group, after which the chairman would have taken her as his disciple. The removal of this match, however, not only takes away a part of the original story plot, but also downplays the importance of the Tempo Loss Bishop Exchange—a strategy that Yaichi himself learned from the chairman just like how Ten-chan learned it from him.

Another thing that bothered me is that as a result of Kiyotaki’s character not properly established early on, the revelation in the middle of the episode hardly feels emotional or realistic, and it doesn’t feel like the story has any meaningful lesson to tell compared to the original work or even the manga adaptation. The same problem also plagues Yaichi’s declaration to make Ten-chan his family in the end; it feels like they are playing that scene as a joke and completely ignoring the emotional significance of it. I guess it can’t really be helped since the whole episode hardly feels like it’s building itself to be an emotional one. It’s a necessary marketing ploy to appeal to the audience with cute girls and lolicon jokes, I guess. It’s just a bit sad that so many potentials are lost in the process.

And in such a disappointing episode, Char only had two scenes. It’s sad. At least there is this smiling Char.