The ninth volume of Tsukasa Fushimi’s Eromanga-sensei picks up from the last volume’s flashback to the past of the Izumi siblings and the huge development in the end. 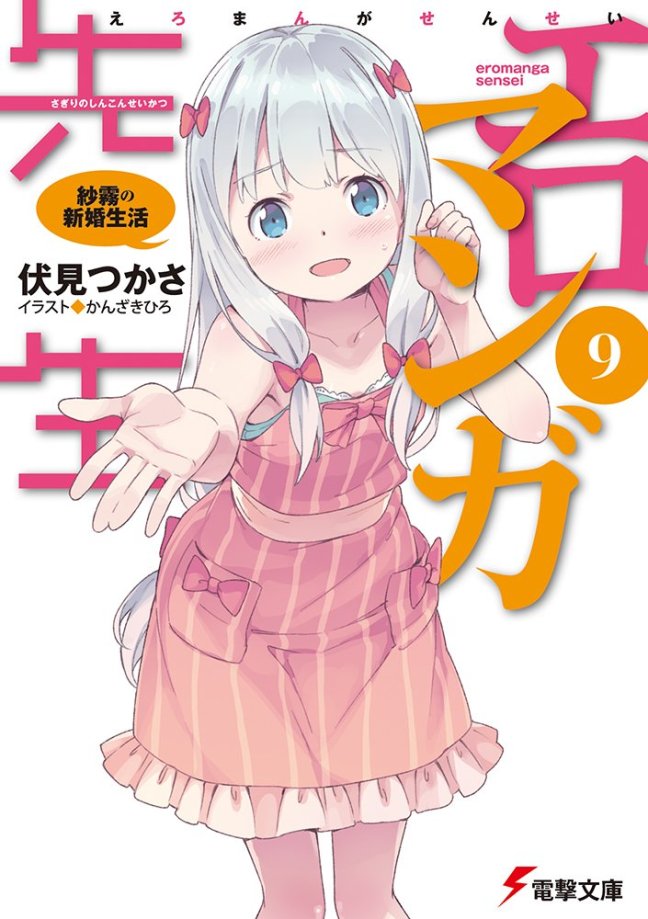 “Long before I’ve met you for the first time… I love you.”

Confiding their past to each other, Masamune and Sagiri has finally joined their hearts together. In order to realize their new relationship, the two starts coming up with their children’s name, going to their first date, and having innocent exchanges. What do Elf and Muramasa say to those two!?

“It’s something I experienced a few days ago.”

Masamune and Kunimitsu are consulted by senior author Kusanagi about accidentally doing a dangerous mistake while drunk. Who is it that appears in his house? And what is the content of Kunimitsu Shidou’s new novel?

“I have to apologize to you siblings for something.”

Masamune reported his new relationship with Sagiri to their aunt, Kyouka. But Kyouka’s response is surprisingly… Kyouka’s complicated feelings behind her cold expression are—? The secret that Kyouka has been hiding from the Izumi siblings is finally going to be revealed!

I’ll be using pointers in talking about this to make it concise.