The official website of light novel imprint Dengeki Bunko has updated its list of new releases, one of which turned out to be the long awaited alternate route of Oreimo (Ore no Imouto ga Konna ni Kawaii Wake ga Nai) light novel series, featuring Ayase Aragaki as the main heroine.

According to the list, “Ore no Imouto ga Konna ni Kawaii Wake ga Nai (13) Ayase if – Part A” will be out in the August 2019 release window along with other titles like Accel World volume 24. Dengeki Bunko hasn’t provided a cover art or synopsis for the volume as of yet.

The plan for releasing an “Ayase if route” based on the “Ore no Imouto ga Konna ni Kawaii Wake ga Nai Portable” PlayStation Portable game was originally announced during the stage event for Eromanga Sensei novel series at Machi Asobi Vol. 18 back in 2017. The novel was originally planned to be called “Ore no Ayase ga Konna ni Kawaii Wake ga Nai” and feature a revised and expanded version of author Tsukasa Fushimi’s scenario from Ayase’s route from the game, with the release of a second volume possible depending on the fans’ responses. The stream also announced an artificial intelligence project based on Ayase with the help of NTT and Dwango’s service. 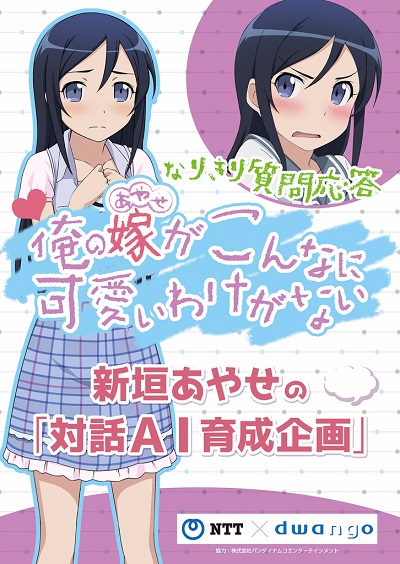 The original game was released by Bandai Namco in 2011. The original light novel series, written by Tsukasa Fushimi and illustrated by Hiro Kanzaki, includes 12 volumes for its original run, with the 12th volume released on June 7, 2013.