As a response to the public’s mixed reception to the recent fiasco related to SSSS.Gridman’s commercial doujinshi, in which famous R-18 illustrator Pija got roped into, the SSSS.Gridman official website has been updated with an official statement and updated guidelines regarding the matter. You can read the whole translated statement below.

On the Use of Material
It is prohibited to copy, trace, and use materials from the anime, such as images, videos, logos, music, etc. Derivative works (illustrations, manga, novel, etc.) made using this work as a reference are not prohibited.

Regarding the Production or distribution of Derivative Works
Derivative works can be produced and distributed in accordance with the “use of materials above”, but anything which goes against the public order or  are prohibited.

Regarding the Doujinshis
Contents that we judge have exceeded the level of doujin activities such as the production and distribution of products for commercial purposes will be dealt with suspension of the products’ sales.

Regarding the Individual Derivative Works
We currently can’t respond to the inquiries on individual derivative works, we beg your understanding.

I guess that’s a victory for the thicc thighs.

SSSS.Gridman is a Japanese anime television adaptation of the 1993–1994 tokusatsu series Gridman the Hyper Agent. The production is a joint collaboration between Tsuburaya Productions, the production company behind Gridman and Ultraman, and Studio Trigger. 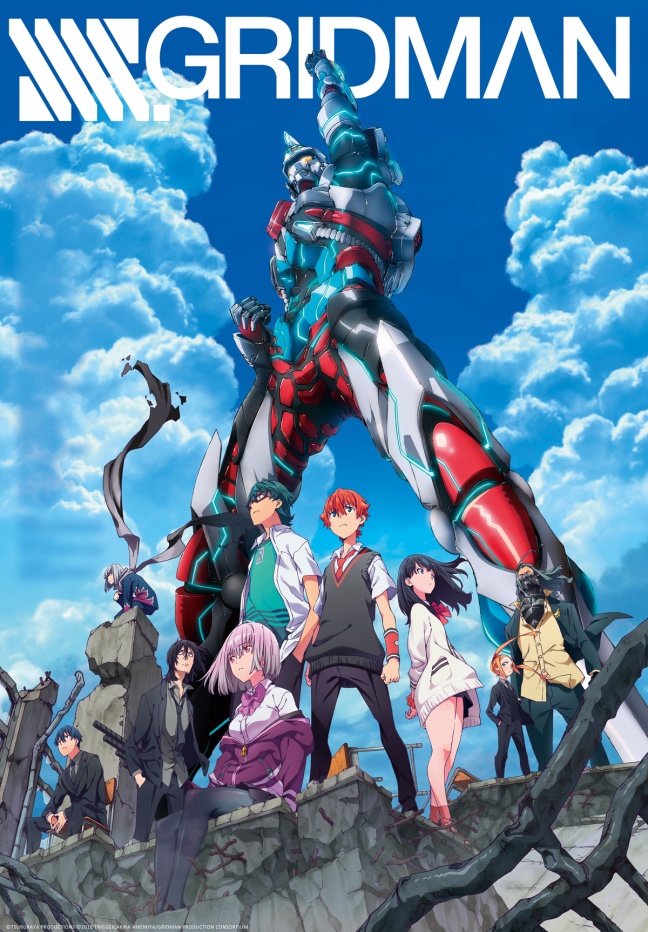 The show is officially described as the following:

“You’re not alone. On any day, anywhere. Yuta Hibiki, a first-year high school student living in Tsutsujidai, one day wakes up to find he has lost his memories. He meets the “Hyper Agent Gridman” on his old computer, and Gridman says that Yuta has a mission he must fulfill, so Yuta sets out to find the meaning to those words and his memory loss. Yuta’s friends, Sho Utsumi, Rikka Takarada, and Akane Shinjo, would always help him and spend their days with him. But, their tranquil days are suddenly and easily crushed with the appearance of kaiju.”

The series is directed by Akira Amemiya (Ninja Slayer) and written by Keiichi Hasegawa (Zoids, Rage of Bahamut Genesis), with the new Gridman character design provided by Masayuki Gotou from Tsuburaya Productions, known for contributing the designs for a lot of Ultraman series. Shiro Sagisu (Neon Genesis Evangelion) is handling the series’ music with Toshiki Kameyama (Magical Girl Lyrical Nanoha) as the sound director and Eiko Morikawa for the SFX director.