Yaichi finally faces Meijin to defend his Ryuuou title, and the first match is held in Hawaii. Will he be able to prevail against the legend himself? 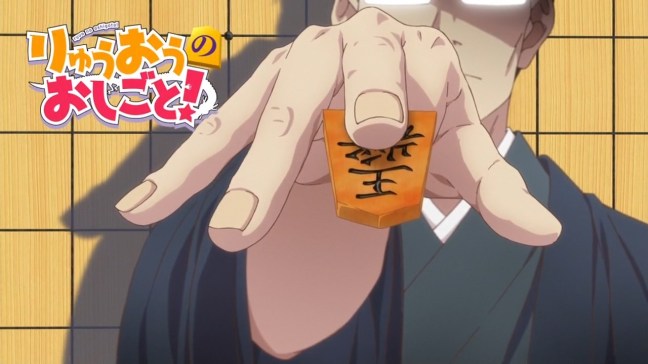 Yaichi arrives in Hawaii with Ai and the rest of his household for the first game, though Keika seems to think of the treat as more of a vacation. Ten-chan is the only one who is left behind at home (since she doesn’t feel like tagging along). 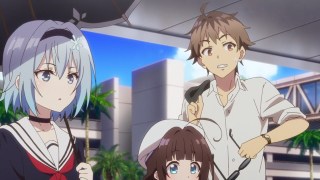 Moving on, we also get a sweet moment of Ai’s birthday celebration on the Ryuuou title match opening ceremony, in which the chairman presents her a tsumeshogi cake (which she quickly solves in a flash). 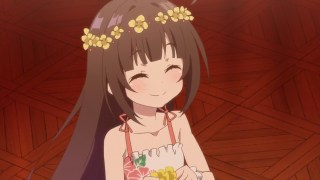 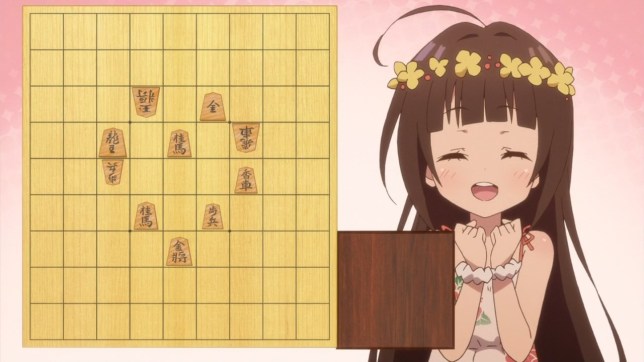 The Ryuuou title defense match is a best-of-seven match, with the winner being the one who can win four games first. The first game begins with the Meijin utilizing Yaichi’s favorite strategy, the Tempo Loss Bishop Exchange. With the match being postponed on Meijin’s 50th move, Yaichi spends the night walking on the beach while pondering the possible development of the game until he meets Ginko along the way. They take a walk together afterwards and after enjoying some ice cream, Ginko tries making a move on Yaichi, which he denies thanks to his exceptionally tough virginity armor. 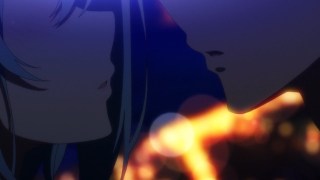 Yaichi continues the first game against Meijin from where they left off, and it turns out Meijin’s choosing the set of moves which he had denied inside his head the day before. As he continues playing while thinking that he’s already gained the advantage by promoting his rook along with taking the gold and knight, he realizes that the seemingly substantial material gain actually couldn’t net him a possible way to mate, and he’s actually the one losing. With his sense of shogi completely overturned, Yaichi lost the first game. 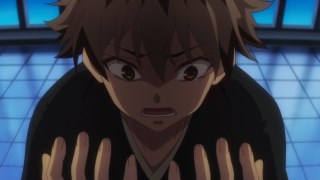 The second game was another loss for Yaichi, though it wasn’t as damaging to him as the first one since he had decided to throw the match. He actually started getting the hang of it by the third game, but he’s running out of time and is forced to rely on dragging the game to a rematch through sennichite. However, he completely misses the fact that four consecutive perpetual check is a rule violation and ends up making a very huge blunder of a move, forcing him to surrender. 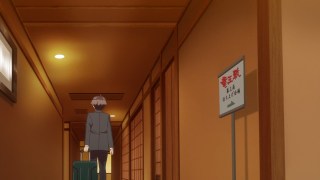 Yaichi who returns home completely spends his time researching the countermeasure against Meijin. Ai who is going to play in MyNavi’s main tournament stage in the following day asks Yaichi to have a practice match, in which he goes completely serious on her to end it quickly so he can continue his research. Unfortunately, Ai couldn’t take the hint and keep on prolonging the game with unnecessary moves, triggering Yaichi’s wrath as he grabs the shogi pieces with his hand, frightening Ai. Yaichi starts questioning himself about taking Ai as his live-in disciple and later tells her to stay in Kiyotaki’s house until his title match is finished. 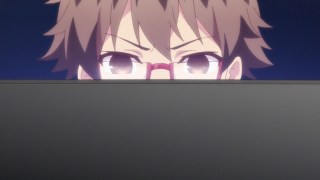 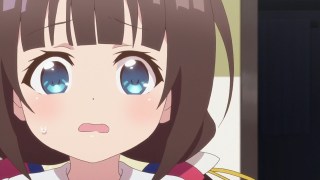 Ai ends up losing against Ryou Tsukiyomizaka as she couldn’t focus on her match due to Yaichi’s actions. After Ryou mocks her of being disappointing for someone who managed to defeat Ika, she grabs the shogi pieces which triggers Ai’s trauma, causing her to start breathing heavily and fall on the floor. 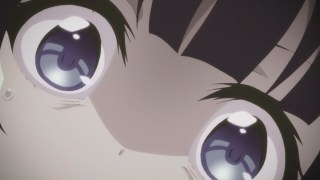 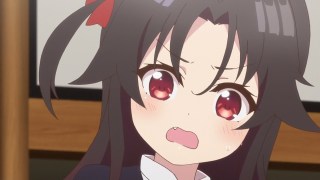 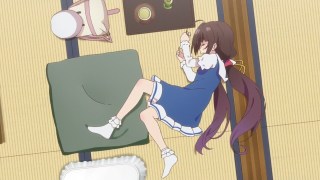 This episode is supposed to be the start of the most important arc of the story, but it’s really hard for me to say that it managed to deliver. The fact that they have pretty much abandoned Yaichi’s characterization from the first episode is starting to show its effects: it’s very difficult to sympathize with Yaichi in the anime, whereas his character in the light novel has a lot of depth that the audience would have been able to understand how he struggles with the massive pressure and expectation that he currently faces. The only possible cure would be if they can properly animate Keika’s match against Rina next week, which I hope they do. Well, I’m crossing my fingers.