The Saenai Heroine no Sodatekata (Saekano: Raising a Boring Girlfriend) main series has ended for quite a while now, but that hasn’t stopped Fujimi Fantasia Bunko for churning out more Saekano content. Saekano Memorial 2, a fanbook which serves as supplementary material for the recently released movie Saekano Fine will be released on November 20, 2019. 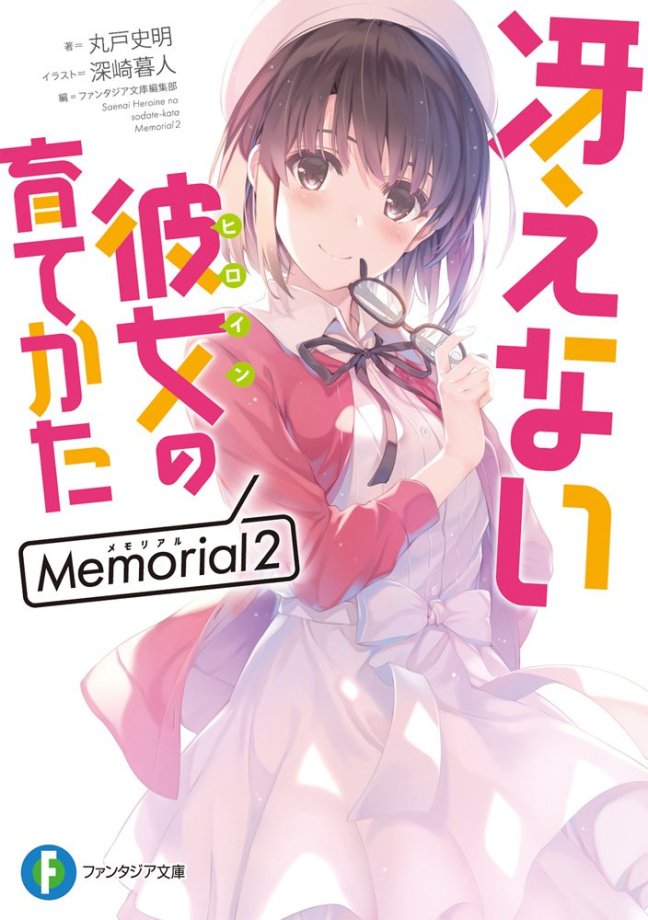 This fanbook will include 100 pages of not only include short stories that haven’t been previously published in the novel, but also newly written ones. It will also feature interviews with the Saekano Fine film cast members as well as Fumiaki Maruto and Kurehito Misaki regarding secret details of the movie’s production.

One thought on “Saenai Heroine no Sodatekata Memorial 2: an Addendum to Fine”