Morikawa: Thank you very much. We develop our game by focusing on the “user first” mindset, so we are very happy to receive the recognition of our users and even an award.

Murakami: there are many other award-winning games in 2017, and I am very honored that Garupa managed to get picked from among them.

—Garupa is Craft Egg and Bushiroad’s joint project, so please tell us the roles of each of the two companies.

Morikawa: Fundamentally, Bushiroad handles the supervision, Craft Egg is in charge of development and management, while the promotion is done by both companies. Although the roles of both companies have been decided from the get-go, beyond that framework, we are closely communicating with Bushiroad from the planning stage. For example, we organize a sub-committee to discuss character costumes every three months.

Murakami: I usually have a meeting with Craft Egg about three times a week. There are times when we have meeting every day in a week. (laughs)

Morikawa: We are proceeding in a way that makes it more efficient for both of us.

—Was there ever an occasion in which positive responses from the users leave a lasting impression to you?

Morikawa: The event “Garupalive & Garuparty in Tokyo” heild in January 2018 was very impressive. We opened a booth as Craft Egg there, and we really felt the enthusiasm of the users. At the same time, it’s amazing that we got to receive voices of gratitude and encouragement directly from our users.

—How about the game’s updates?

Recently, the responses to Roselia’s “Neo-Aspect” music video being released in May were great.

This MV was created by Sanzigen who will also be responsible of BanG Dream! 2nd Season anime airing in January 2019, developed together with Craft Egg. From the end of April to May, with the airing of live commercials, real live events, and Garupa’s first anime MV to top it off, we feel that the users’ responses have been very positive. 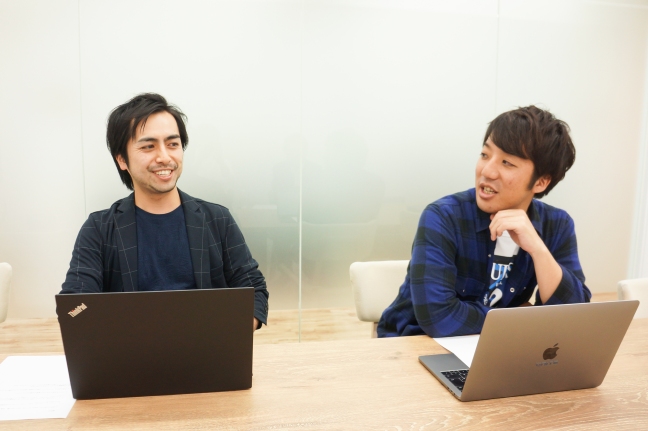 —What kind of method do you use to confirm the responses from the users?

Morikawa: Our company members have always been egosurfing every time a new update hits. Scenario writers are also looking at the reactions on Twitter as well.

Murakami: The number of followers on Twitter has nearly doubled over the last six months. It increased considerably especially during the first anniversary in March 2018. I feel that the contents have been spreading from the active users and become more and more viral.

To make a mechanism that won’t let the users get bored.

—The number of users in the game has exceeded six million in about a year and two months from its release. Why is the game supported by a lot of users?

Murakami: When considering the BanG Dream! project as a whole, I believe that there is a major factor that will act as an opportunity for the users to connect with BanG Dream!. While there are many opportunities to touch on like the anime, real live shows, CDs, and trading card games, an application that you can play everyday is an especially important aspect that allows it to connect with the users.

I believe the fact that the application’s doing well is definitely one of the big reasons why the BanG Dream! project is loved even more.

Morikawa: Along with the updates of large contents like anime or live shows, I think that it’s really great that thanks to the game taking off, we are able to present the BanG Dream! project from multiple aspects to the users.

The game was released when the anime was airing, and live shows and events were held alongside it, with developments of various media in the entirety of the project, and I feel this way of not letting the users get bored played a big part in it.

—What is the important factor in an app’s growth?

Morikawa: I pay attention to the users’ responses and hype at any time. By using not only the aforementioned Twitter, but also through the mails from users and questionnaires, we can determine if the updates we implement suit what our players seek.

Murakami: That’s the same for me. We put an emphasis in the users’ hype and responses. As a way for that, we try to pay attention to things we can quantitatively follow such as comments in social media accounts, Youtube channel, or live streams.

We will never sacrifice the satisfaction of our users for sales.

—Does it mean that by maintaining the user’s hype, numerical targets such as sales will follow through?

We think of sales and DAU (daily active users) as a result of the user’s satisfaction.

For example, in months when sales are unlikely to reach the monthly goal, we will also consult with Bushiroad to prevent sudden measures to lower customer satisfaction in order to raise sales. I am thinking from the long-term perspective of nurturing our contents, without being affected much by monthly figures.

—Lastly, we want to hear your message to the users regarding Girls Band Party!’s zeal and upcoming developments in the future.

Morikawa: BanG Dream! anime’s second and third seasons have been announced for 2019, and we are gradually expanding the franchise overseas. In order to liven up the BanG Dream! project even more, we will continue doing our best in the development of BanG Dream! Girls Band Party! from now on. We’ll be very happy if the users are looking forward to new contents and experiences from the game!

Murakami: Starting with the BanG Dream! Girls Band Party! × Pacific League 6-Kyuudan collaboration, we will continue adding external contents and collaborations that the users would love, so please look forward to it!